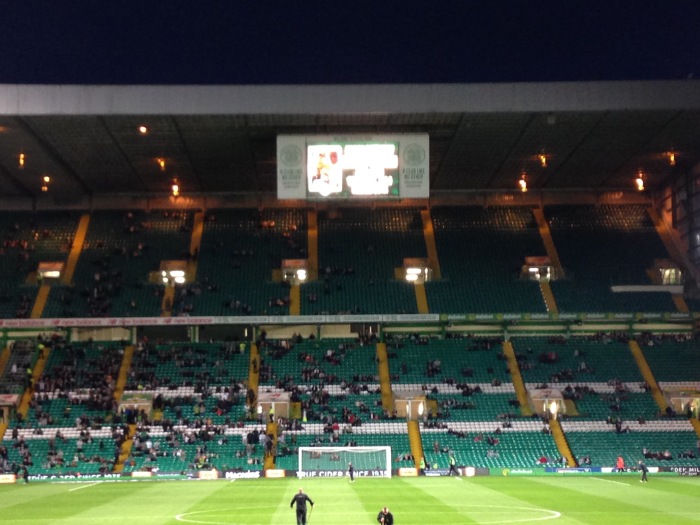 Often the inevitable can be comforting.  Like when you’re watching Ghostbusters 2 for the 473rd time and you know that no matter how gloomy the prospects look for little baby Oscar he’ll be rescued from the clutches of the evil 16th century Moldavian tyrant Vigo by the determined ghostbusting quartet.  Or when you go into a bar and order a pint of Guinness and you know that the wait for it to be poured and for it to finally settle into its marvellously creamy headed state will seem eternal but it will be so worthwhile, because apparently it really is true that good things come to those who wait.

Other times the inevitable can be quite dispiriting.  The way that a Saturday morning hangover always follows a Friday night out, or that realisation the moment you start to drunkenly talk to a girl that no matter how well it may be going you are eventually going to say something ridiculous, make one joke too many or simply fall over.  Sometimes all three in quick fashion.

There were many inevitabilities floating around this BetFred Cup quarter-final match on a wet September night:  1)  Celtic would win;  2)  There wouldn’t be many people in attendance;  3)  It would be cold;  4)  It would be impossible to be drunk enough to make it truly worthwhile. 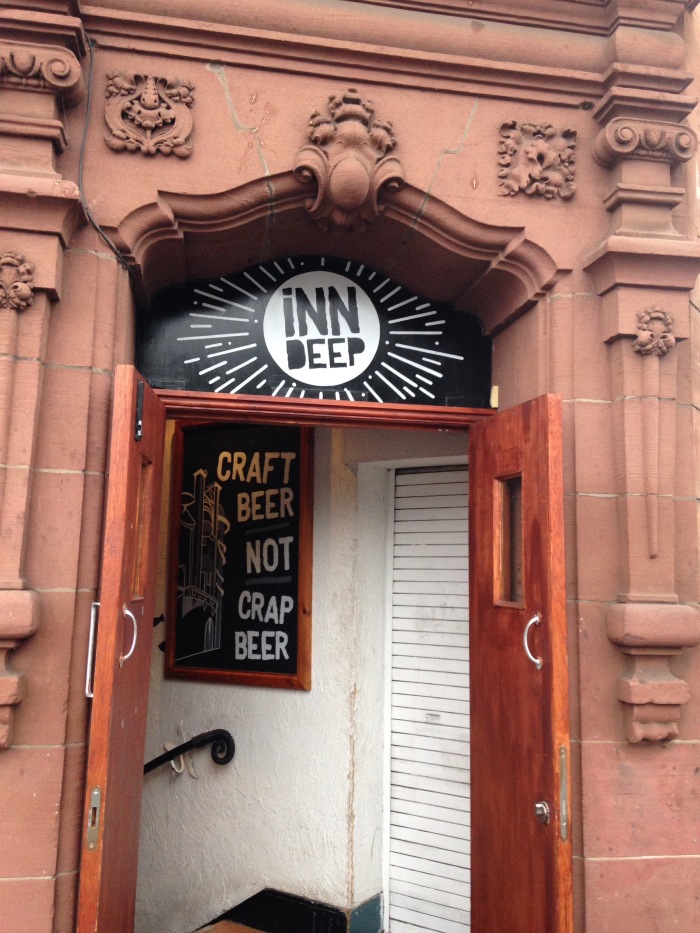 On that last point I gave it a pretty good attempt, though much like Tom Rogic’s shooting throughout the game it was wildly off target.  After my typical pint of Caesar Augustus in The Raven on Renfield Street I had made plans to venture out to the hipster gentry of the West End, where I hoped to make my first visit to the Williams Bros operated bar Inn Deep, on Kelvinbridge.  The rain was lashing down at this point, more prolific than Celtic attempts on goal later in the night, so it wasn’t possible – or at least not sensible – to enjoy what looks like an absolutely beautiful outdoor seating area right by the river Kelvin, but this bar has a charm to it.  Cocooned away below street level it is intimate, scenic (at least I imagine it would be on a nice day) and it has several Williams Bros beers on tap.  Remarkably a Caesar Augustus out here, a mere eight minutes away from Buchanan Street on the subway, is 70p cheaper than at The Raven, so four of them and you just about break even on the cost of your subway ride.  Throw in a Joker IPA and you’re in profit.  The Joker pairs wonderfully with the sticky and spicy BBQ wings.

The best thing about spending an afternoon hanging out in a craft beer hipster haven in the West End is that you can listen to American students talk absolute bullshit (I think in this case it was one American student plus two friends who had come across to visit her.)  I heard descriptions of black pudding being “not quite a dessert – more like sausage, but with a lot of blood” and haggis, apparently, is “similar to meatloaf with added spices.” Boy are they in for a surprise.

The train out to Dalmarnock was a lot more subdued than the last time I travelled to Celtic Park.  The whole place was noticably, though unsurprisingly, quieter than it has been all season.  There was no queue to get through the turnstyle, no clouds of smoke to cough and splutter through in the toilet, not even a significant line for the half-time pie or when I decided to grab a pre-match hot chocolate – which proved to be a big mistake on my part; the 90 minutes which followed would have been better survived blindingly drunk.

We all knew that Celtic would win.  That’s the case most times when you go to Celtic Park.  In a league season upsets can happen, games can be drawn, but this was League One Alloa:  it was a case of how many Celtic would score rather then if they would.  Only as the match unfolded in a ghostly quiet stadium – save for the ever boisterous standing section – it became clear that, rather, this was going to be a question of when we would score.  Alloa were organised, Celtic were wasteful.  More shots found the empty rows of seats in the Lisbon Lions stand than troubled the opposition keeper.  It was developing into a dire affair. 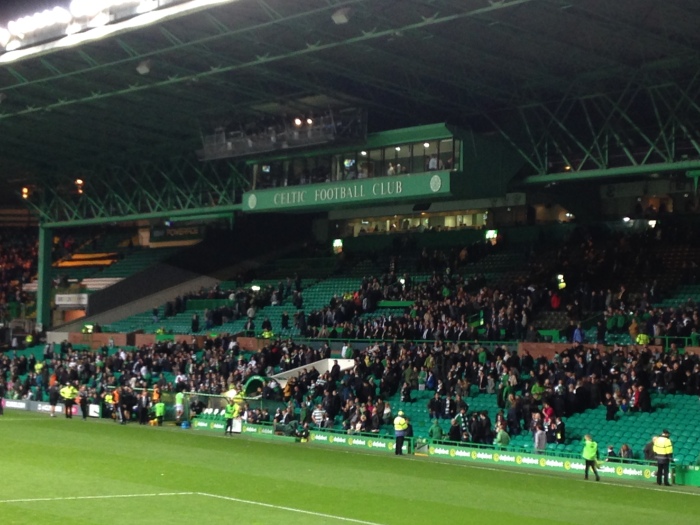 However, like Ghosbusters 2, this was one of those scenarios with a comforting inevitability about it.  It was surely only a matter of time until Celtic opened the scoring, it was just that as the clock ticked ever closer towards the end and Celtic played their 94th sideways pass of a seemingly endless build-up to a goal the mind began to wander.  I was becoming less focussed on the game and more focussed on questions such as:

Wouldn’t it be hilarious, even for a little while, if the United States actually elects Donald Trump as President?
Now that Angelina Jolie is a single woman again, do I have a chance?
Has anyone actually ever been to Alloa?
Would you rather have the power of invisibility or the ability to bring about world peace?  Oooh, or, would you rather never suffer another hangover again?
People like to point out that none of the examples cited by Alanis Morissette in her song ‘Ironic’ are actually ironic, but isn’t that the whole point of the song?  (ie. ‘Ironic’ is ironic?)
Why can you not “have your cake and eat it?”  It’s YOUR cake, what else are you going to do with it??
They say that “love is free”, but aren’t all of the other emotions?
We know that Adam Scott the golfer is better at golf; and we know that Adam Scott the actor is better at acting; but which Adam Scott is better at doing his taxes?

Meanwhile, others around me were becoming agitated as the game reached its final quarter with the score still 0-0.  There was a moment late in the game where yet another wayward Celtic shot found itself nestling in the sparsely populated stand behind the goal and a group of young boys spotted an opportunity to take a photograph of themselves with the match ball.  As they struggled to get to grips with the wet ball and the camera facility on their phones they were met with a hail of abuse from the rows behind me, urging them to “get the fucking ball back on the park” amongst other colourful demands.  They hastily did, and were suitably chastened enough not to attempt such malarky again – even when it was 1-0 and the cries were instead to “keep the ball!”

As it was, just as the terrifying prospect of another thirty minutes watching Celtic trying to break down a stodgy Alloa defence loomed large over the evening, comforting inevitability won through in the end as James Forrest finally ended the scoring drought on the 83rd minute and Moussa Dembele added a second not long thereafter.  The resultant full-time whistle and exit had me on a train to Argyle Street and back in the city centre within little more than twenty minutes, and I was up at Nice N Sleazy’s with a post-match pint in hand less than an hour after full-time.  If only it could be like this every week.

Inevitably it won’t be.