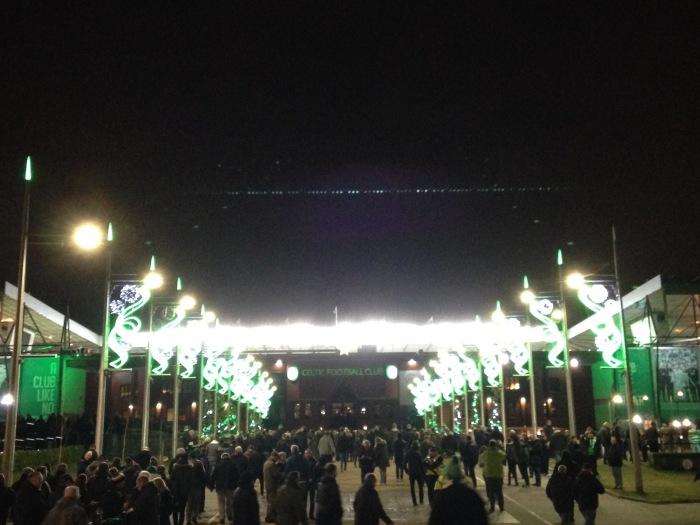 I can’t wait for 2016 to be over.  Not so much because this has been a year punctuated by a series of terrible events and tragic celebrity deaths, but because I’m tired of hearing those occurrences blamed on some quirk of the Gregorian calendar meaning that they happened in the same period of twelve months.

How inconsiderate of the fine work done by Pope Gregory XIII in creating this calendar which works in harmony with the earth’s equinoxes to ensure that our years are precisely 365 days, 5 hours, 49 minutes and 12 seconds long in order to regulate the celebration of Easter.  He couldn’t have known about Brexit in 1582.  It is wrong to hold Gregory’s work responsible for Trump, Bowie and Prince.

Besides, 2016 hasn’t been the worst year in history as a cursory glance at social media in the wake of another twist of fate might have you believe.  At least, unlike those who suffered back in the days of the plague or outright global warfare, we have 140 characters with which to express our horror.  Did they even know they were suffering in 1665 without Twitter to confirm it?

Not everything about this year can even be qualified as being terrible.  My family has its health and a new addition, I met some great new people, Celtic pulled off a coup by hiring Brendan Rodgers as their new manager and for the first time in my life I was afforded the opportunity of becoming a season ticket holder at Celtic Park.  The latter meaning a midweek trip to Glasgow during the festive period to watch Ross County become the latest team to be swept aside in a remarkable season of domestic dominance.

Celtic ended 2016 without defeat in 22 Scottish fixtures at Celtic Park, extending a run of 23 games unbeaten under Brendan Rodgers.  Regardless of whose calendar you’re using that is an impressive sequence.

This hinterland between Christmas and Hogmanay where nobody’s really sure what day it is, lost in the haze of another night at the bar and another dip into the irresistible tin of Celebrations, is ideal for a trip to the football.  There is only so much televised football a person can take – no matter how much Sky try and tell you that Watford vs Crystal Palace is an unmissable festive treat – and nothing beats going to see your team live.  Ross County on the 28th of December is a game I was looking forward to from the moment the fixtures were published.

Not even a 13 minute delay at Garelochhead – as traditional for ScotRail these days as an overcooked mince pie – could dampen my enthusiasm, even if it meant my supply of beers would be dry by Dumbarton.  A simple readjustment of my calculations, much like Pope Gregory made, would still have me out in the West End for craft beers with plenty of time to get back for the train to Dalmarnock.

The platform at Central Station was bustling with green and white scarves, while the Celtic Way’s luminous Christmas decorations lit the route for thousands of fans towards the stadium.  This was an impressive turnout for a game sandwiched between the holidays – Celtic’s eighth of nine in December, no less.  There was little evidence of fatigue on or off the pitch.

Empty seats around the ground were almost as rare as Ross County opportunities in this game, although there were some and the visitors did start brightly.  They should perhaps have scored in the opening minutes of the match, but really this wasn’t much less than another routine Celtic win.  The game, and Ross County’s resistance, was ended in the final seven minutes of the first-half by two long range strikes from Erik Sviatchenko – whose name The Green Brigade commendably managed to fit into a song – and the ever impressive Stuart Armstrong.  His performances are fast matching the quality of his hair.

Almost more competitive than the football was the lengthy queue for the half-time pie and the remarkable resistance the pastry showed to being separated from the foil container.  Behind me in the line was a family of visitors from the United States discussing the performance of Last Christmas during the first-half and whether stuffed crust pizza would be available at the kiosk.  I suspect they were over-estimating the cuisine on offer at Celtic Park.  They debated whether a Scotch pie would be worth getting and what might be in a Scotch pie.  I thought about giving them assistance but quickly decided that it may be too complicated to explain and that they probably wouldn’t understand.  I don’t even understand.  Sometimes it’s better left not knowing.

The second-half felt like a procession and more of an exercise in trying to find ways to stay warm, as a winter breeze whipped around the stadium.  I questioned my tactic of wearing a denim jacket, which seemed to only grasp the cold air and clutch it close to me like Craig Gordon does a cross ball.

As foolhardy a decision as that turned out to be it couldn’t ruin my night, and probably shouldn’t add weight to the cynical view that 2016 has been an awful year.  Pope Gregory XIII’s reputation deserves to remain intact and the Gregorian calendar continues to serve its purpose.  Unless Celtic lose on Saturday and Brendan Rodgers resigns.