New Year rings in the opportunity for renewal and arrives with a breath of optimism.  All around there are people promising great things to better themselves, making exciting plans for the weeks and months ahead and revelling in the ‘New Year, new me’ mantra.  For a while after the hands on the clock crawl past midnight it is as though anything is possible. It is in this sense that New Year is a lot like getting a haircut, only without having to listen to the barber’s banter for fifteen minutes.  There is nothing like a new haircut to allow a person to feel revived and enthusiastic about the opportunities in store; nothing except the New Year.

I was thinking about this on the afternoon of New Year’s Day, when I was hunched over the pristine porcelain of my toilet bowl, vomiting for the second time in as many hours.  My life was flashing before my eyes as another heave brought more of my guts to the water below me. If New Year is like getting a haircut, then New Year’s Day is the hairs that are trapped down the collar of your shirt after they are trimmed from your head.  It wasn’t even that I was hungover so much, although I had been drinking rum with a tall and wild-haired student from the University of St Andrews and his bespectacled girlfriend until five in the morning. I woke up on the first day of January with flu-like symptoms – a consequence of a rainy walk home a few nights earlier, I presumed – and they lasted until the fourth, by which point a healthy dose of my New Year optimism had been blown into most of the contents of a box of Kleenex.

The ten-second countdown to midnight started abruptly, as though the bar band had been lost in song and suddenly remembered why everyone was there.  By the time it ended and 2019 had arrived, there was a mass exodus from the pub by people who were keen to watch the fireworks explode against the black blanket of a winter sky.  When the celebrations started I found myself surrounded by swathes of people I didn’t know, and in keeping with previous New Years, I didn’t receive a kiss at the bells, although I have never liked to go too far on the first date anyway.

Amongst the drunken revellers who were clustered around the bar, I spotted the Italian doppelgänger version of my brother, and I approached him to wish him the best for the coming year.  He was accompanied by the smoking Frenchwoman, whom I endeavoured to talk to.  She was telling me that she had returned to Oban from Paris earlier that day, and in my never-ending quest to gather as many mundane details about a story as possible, I asked – or at least attempted to ask – how she had travelled back to Scotland.  I wasn’t looking for much; just modes of transport, weather systems encountered, anecdotes of awkward aircraft seating, interactions with train station baristas, airport security snafus, that sort of thing. 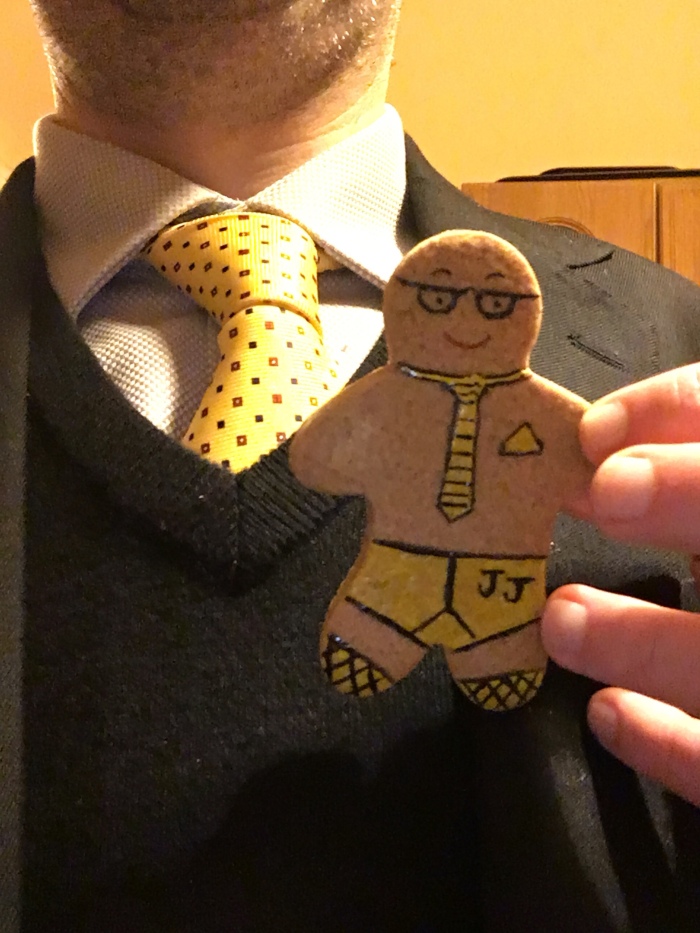 Against the backing track of the bar band, who had returned from their break and were in full swing with rambunctious ceilidh music, and with Jameson clinging to my tonsils, I was finding it difficult to make myself heard.  I tried changing my line of questioning, tried moving the words around, like when my dance moves aren’t quite working out and I try to involve more shoulder action, but it was futile.  The smoking Frenchwoman tilted her head and spoke.  “I don’t understand a word you are saying,” she hummed in a flawless French accent, her use of English unquestionably more effective than my own.  She left with a cigarette clutched between her fingers, and I was considering the ways that I could have made a worse first impression in a new year.

After spending much of New Year’s Day asleep on my father’s couch, I was determined to make my first homecooked meal of the year a delicious one when I was making dinner on the second.  I happened upon an appetising recipe for a chilli prawn linguine dish in that days Times newspaper, and I was looking forward to trying it.  In the afternoon, I walked the short distance along the road to the Lidl supermarket to purchase the small list of ingredients I was needing to make my evening meal.  Almost everything was readily available, although they were out of spring onions.  I considered the merits of going to one of the other stores which are nearby to finish my shopping, but in the back of my mind I knew that there was an onion or two in the back of my kitchen cupboard, and presumably the only effect of substituting spring onions for onions would be to make my cuisine slightly more mature.

I decided to take the lazy option and use onions in my recipe rather than walk all the way to another supermarket just for a bunch of spring onions, but the judgment weighed on my conscience for the rest of the night.  I was reluctant to let it trouble me too much – there is no use crying over sliced onion, after all – but I couldn’t stop myself from thinking how I was only two days into the new year and already I was following the same pattern as in 2018:  settling for what I already have instead of going for what I really want, and not making the effort to go and find the ingredient which will give my meal the flavour it needs.

On my first visit of the year to Aulay’s Bar, there was a complimentary pint of lager being offered to each of the ‘regulars’.  In addition to the pocket diary and pen which was handed out on Hogmanay, it was a generous gesture which left me thinking about whether it was the first time in my life that I had ever been considered a regular at or to anything.  I was basking in a sense of achievement when the plant doctor then revealed that he had returned from his Christmas trip home with a gift for me from his mother.  He reached into the pocket of his jacket, which seemed deeper than a regular pocket, and withdrew a Tupperware box which had inside it a neatly ribboned bag.  In the bag were five gingerbread figures:  four men who were each wearing glasses and were finely tailored in matching ties and underwear, and one gingerbread woman who had an ample bosom and a delicious red smile.  It immediately became the sweetest gift I had ever received, both literally and in terms of kindness.

I took the Tupperware box home at the end of the night and proudly spread the gingerbread people out across the kitchen counter, admiring the handiwork in their little personalities.  I began to imagine which of the gingerbread gentlemen would be first to make romantic headway with the gingerbread girl.  It was already noticeable that she was keeping a further distance from the baked figure which most closely resembled me, and I was wondering if he had said something on the way over.  I thought about the awkward tension there must be inside the Tupperware once I had carefully packed them all away again.  This should be when things are at their most intimate and exciting, when the lid goes back on and the lights go out and the possibilities are endless.  But the gingerbread representation of me had already made some sarcastic comment or arduous pun, and now he was going to have to watch as the other three gingerbread men made the girl swoon with their sugary charisma.  I wondered if it was best to just put myself out of my misery and eat the gingerbread me, but there was something uncomfortable about the idea of biting my own head off.

In Markie Dans, amidst the double celebration of an engagement and a thirtieth birthday, our crew was aware of a tall girl who was dancing alone in the corner of the dancefloor.  We observed the scene and realised that, for whatever reason, people just weren’t wanting to dance alongside this girl.  After some time the three of us each approached and broke out some moves of our own.  The not-so-tiny dancer turned out to be a Brazilian soap retailer who was fun and friendly and simply seeking friendship.  She told us that she felt other girls were reluctant to talk to her because they felt threatened by her, and the plant doctor and I looked at each other and expressed empathy with her trouble with girls.

“And guys only want to fuck me.”

Immediately the dancefloor became like a scene from a lame western movie, where the cowboys are all involved in a standoff and have holstered their weapons.  Our dance moves became much less sexualised, although mine started out that way and stayed the same.

The dancing Brazilian soap seller told us her name and after around seven arduous attempts by me to get the pronunciation right, with each one further aggravating her, we agreed that I was never going to make it sound right and that it would be in everybody’s interest if I stopped trying.

With all of us on a first name basis, and most of us with the ability to annunciate them, the four of us returned to my flat for beer, incense and music.  Although Wah-Wah was inevitably played, the scene was more like Sgt Pepper’s Lonely Hearts Club Band as we exchanged stories of romantic misery at four o’clock in the morning.  In many ways it was the same old new year, though all of a sudden my decision to use onions instead of spring onions wasn’t seeming so terrible.