After nigh upon a year of regular wear with suits which were tweed, navy blue, and grey, my favourite pair of brown shoes were beginning to resemble my own appearance at the end of a night in Aulay’s:  scuffed, worn out and who could only tell what was happening with the tongue?  I persisted with wearing them untreated, firstly out of my failure to remember to purchase shoe polish on any of my shopping trips, and latterly due to my inability to find the product on the occasion I had finally gotten my act together and responded to my need to get myself some polish.  It was when I was soon to be attending a wedding dance that my requirement to source shoe polish to make my foot clothing seem as respectable as the clothes on my body became urgent.

On the day in question I ventured into Timpsons, feeling safe in the knowledge that if there was one place in town I would be able to find the shoe polish I needed it would be in a shoe repair shop.  There was a small elderly woman who was finishing up at the till when I walked into the store, which was no bigger than a kebab shop and equally as fragrant.  Even I could not miss the polish in its prominent display facing the entrance.  I was perusing the three or four shelves of the stuff when the gentleman behind the counter asked if I was needing any assistance. I looked up from the little silver tins stacked on the shelf before me and told him that I was just looking for some shoe polish.  He smiled, having studied me for a moment, and responded.

I was suddenly feeling very self-conscious about the state of my shoes, the way I would worry about my lapsed Catholicism if I met the priest who had given me my First Holy Communion, or about everything if I was talking to a woman.  I could at least usually hide those things, either by telling the priest that I sometimes still eat fish on a Friday or by avoiding talking to women altogether, but the shoes were a different proposition.  I couldn’t hide those.  They were a size twelve, which meant that they stood out like a lighthouse at sea:  they were the first thing anyone would lock their eyes on.

The worst thing about the shoe repair store incident was that the pair of brown shoes I was wearing, which I learned from the tin of polish that the assistant picked out for me were what was known as a mid tan colour, were not even the shoes I was buying the polish for in order to wear at the wedding dance later that night.  Those shoes were still standing on the rack at the foot of my walk-in wardrobe in my bedroom, scuffed and stained with Jameson.  Nevertheless, when I approached the counter with a small tin of mid tan polish and a brush, I was still charged £6.96. 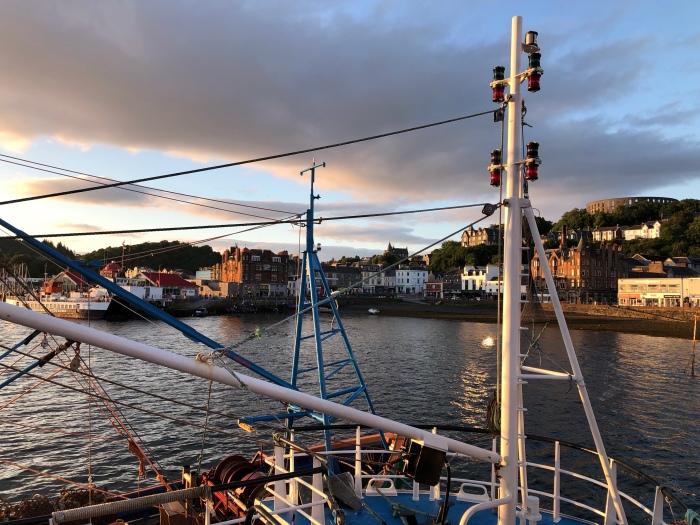 In my adult years, I had come to learn that people enjoy a wedding dance.  It is an opportunity for those attending to dress up fancy and get drunk where ordinarily they wouldn’t.  In my case, I added a waistcoat to my usual Friday night outfit and I was still planning on getting drunk.  Some people get caught up in the excitement of a wedding dance, viewing it with the romantic visions of what their own future might look like.  I see it as being no different from participating in a charity bungee jump or standing in the audience at a Bruce Springsteen stadium concert.  It looks impressive, but I know that it’ll never be me up there.

When I was growing up, eating fish on a Friday and taking Holy Communion on a Sunday, marriage seemed like the ultimate sacrament, the one that you really would know you had made it if you achieved it.  I think, by the time I left St. Columba’s primary school, I had married at least six girls in my imagination.  They never knew about it, and that seemed to make things easier for me when things inevitably fell apart.

My thoughts on marriage had changed as I grew older and it was becoming obvious that it just wasn’t something that was ever likely to happen, the way I had taken a few driving lessons in my early twenties with the thought of being able to drive anywhere I liked, whenever I liked in a beautiful car, but I was so terrified behind the wheel of the instructor’s vehicle that I decided that taking the bus wasn’t really all that bad.  I no longer have ambitions of driving a car or attending my own wedding dance, and these days I am happy if the bus is on time or if a friend decides to send me a message.

The wedding dance came at the end of another week when the raven-haired quiztress and I had united with the Bawbags to win The Lorne’s pub quiz for the second consecutive time.  We were joined by her flatmate, who put me in mind of the song Cigarettes & Violets.  It was after I had been to the bar following the general knowledge round when I felt it would be the sociable thing to do to introduce myself to her, seeing as I had been sitting next to her for twenty minutes and we had competed in two rounds of a pub quiz.  As I extended the hand which wasn’t busily clutching a pint of Tennent’s Lager, my friend intervened and informed me that she had introduced me to her flatmate several months earlier in Markie Dans.  I couldn’t recall the meeting at all and spent much of the next round of questions interrogating my memory as to what ridiculous thing I could have said on that occasion.

Despite a torrid art and literature round, the makeshift Bawbags went on to claim the prize of a £25 bar voucher.  The quiz had begun with a wide-open field of eleven teams, which threatened to make it a close and competitive fight to the end, but six of them left at various points after the second round.  It was clear that they had all turned up with ambitions of winning the quiz, confident in their ability to identify the author of Gone With The Wind and to answer an entire racket of questions on Wimbledon, and after two rounds they were losing hope as a result of the strong start made by others.  They had eventually come to see the pub quiz the same way I did a wedding dance.

The triumph of the pub quiz was in contrast to the experience of Saturday night.  It was the day after the wedding dance, and I was feeling like a mid tan shoe.  There was hardly a cloud to be seen in the sky, and the sun had sucked up what little energy I hadn’t tread into the dancefloor the previous night.  Barely a few minutes beyond ten o’clock I decided that I would have to leave Aulay’s, and I came to realise that it had been a while since I had seen what my flat looked like before midnight on a Saturday.  I heaped some incense onto the top of a candle holder and set alight a tealight candle inside.  It was the same blend that I had once burned in the company of a woman, who told me that the scent reminded her of being in church, and more specifically that it made her think of a funeral.  The fragrance was pulling at my nostril hairs as I fell asleep on the couch, and when I awoke some hours later it was obvious that if these were my glory days, they had passed me by.